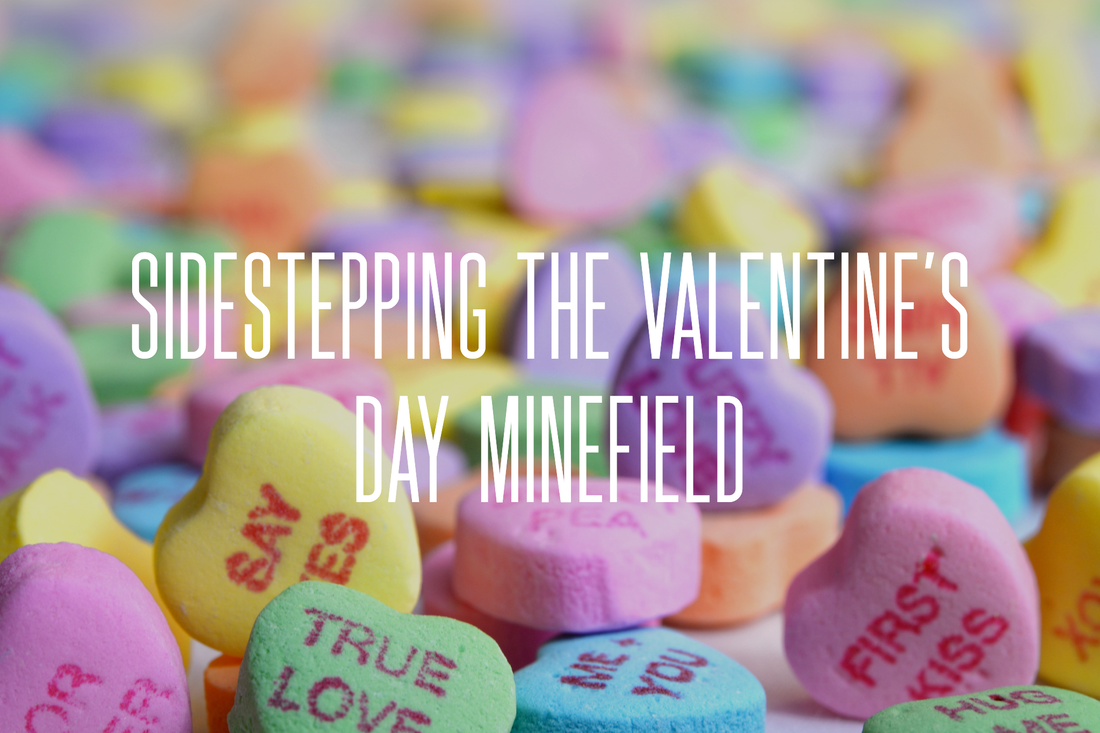 February is here, the month of love! Valentine’s Day has made this shortest month of the year all about the feels, accompanied by cute Valentines, flower bouquets, and heart-shaped boxes of chocolates. While we adults might be planning a date night out (with our spouses, significant others, or friends), our teens typically find themselves in the in-between stage of celebrating Valentine’s Day. Some of them feel a little old to be passing out cute My Little Pony or Teenage Mutant Ninja Turtle valentines with candy to classmates like they did in elementary school. At the same time, many teens (especially in middle school) haven’t started dating yet and have no “significant other” with whom to celebrate. So they will no doubt be scrolling through tons of social media posts which can potentially make them feel like they are missing out. They might find themselves observing cute post after cute post, feeling a little unsure, asking, What’s wrong with me? Why don’t I have a boyfriend or girlfriend yet?

As parents who can see a much bigger picture (like the impracticality of having a serious boyfriend or girlfriend at age 14), we have to be careful not to brush those real feelings aside. In fact, the more that we can get AHEAD of those feelings, the better! It’s always smart to stop for a moment, locate where our teens are, and determine whether or not a mine-field lies ahead!

One simple way to avoid a Valentine’s Day minefield is to celebrate your teen yourself! We set out a box of candy at each kids’ place at the table on Valentine’s Day morning. Having chocolate at breakfast isn’t the healthiest, but it’s fun! It also makes our teens feel valued and special on a day where they might not get one other special thing at school (while other teens might). If you have a very sensitive teen, maybe Valentine’s Day is the perfect time for your next parent-daughter date night or parent-son outing together.

One year I shared with my teens the following legend about Valentine’s Day itself: “In the 3rd century, the Roman Emperor Claudius II thought marriage was not good for war since men wanted to stay home with their wives, so he outlawed marriage. At the time there was a Christian priest named Valentine who felt sorry for the couples and married people in secret. When Claudius found out, he threw Valentine in jail and executed him on Feb. 14. Before his death however, Valentine wrote a letter to the jailer’s daughter, who had become his friend and signed it from your Valentine” (Barbara Biziou)

I love this legend because the focus is different from what we typically expect. It’s about reaching out to a friend who was there for you. Most of our teens can relate to that! So perhaps your teen can simply text a friend that has been there for them, and in that simple way, feel like he or she celebrated Valentine’s Day. Most likely, the friend will answer back with something positive, providing a good moment for your teen.

Perhaps the best lesson we can teach our kids about love during February is that it is more than just warm and fuzzy feelings; love is an action, too. So every time they show love to people in their world, like doing nice things and saying loving words to their parents, siblings, and friends, they are building valuable skills to enjoy great relationships in their lives later.

Happy February from all of us here at PATH! As always, we greatly appreciate our PATH parents and are sending you lots of love this month as you do the important job of parenting your awesome teens!
​
Lisa Raftery