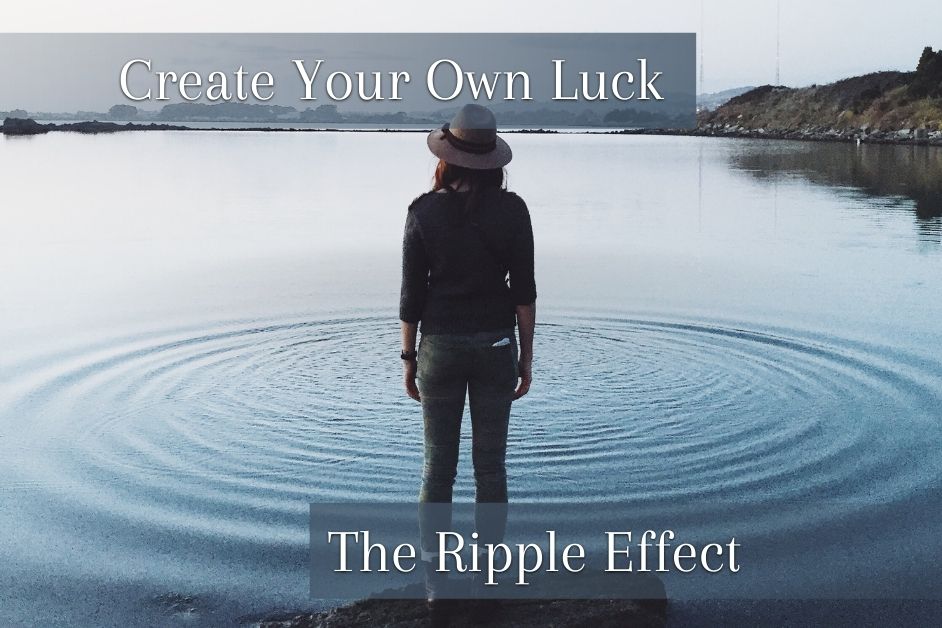 Wouldn’t that be amazing? Winning the lottery is one of the few things in life that truly requires luck, so why are we so quick to say someone else is “lucky”? We see someone else buy their dream home, land their dream job or drive a fancy new car and automatically say something along the lines of “They’re so lucky – I wish I had that”. Was it actually luck that brought those circumstances to their lives? Most likely not.

Could it be that we jump to the idea of luck because we usually only see someone’s “highlight reel”, especially on social media, rather than the illustration of all the choices, hard work, dedication and potential failures it took to earn the things we have.

According to the 2019 Junior Achievement Finance Survey, 45% of teens are concerned about not being able to live on their own and 40% of teens are concerned with finding a fulfilling, well-paying job. We, as influential adults, need to help teens determine what their own personal goals are and realistic ways of achieving them. We can advise them to take it one day, one choice and one positive step at a time, thus creating the Ripple Effect.

We have the ability to create our own luck! Every action that is taken will have a consequence, whether positive or negative. Results may not be seen right away, it may not even be realized that things throughout our lives are connected, but setting ourselves up for a positive future is as easy as taking positive action in everything we do. This will create a positive ripple effect – one good thing leading to another, then another.

We can suggest to our teens to take their positive actions a step further and be proactive in their actions. Teens can keep an optimistic attitude and open mind, allowing new connections and experiences to be made through opportunities. The idea of joining the debate team, trying out for the cheerleading squad, applying for a job or joining the art club could be nerve wracking for some teens and we should encourage them to take the chance in a positive step that could lead to greater things in their future.

Unfortunately, the same concept goes for negative actions. It is important to remind teens that if they make an unhealthy choice, there will be consequences to those actions that they will have to experience in the near or distant future. Knowing the trajectory of their actions through the Ripple Effect helps us understand even more the importance of healthy choices.

We, as parents and adults, can help teens create their own luck by guiding their thought processes and equipping them with the ability to make their own healthy choices.

A Moment to Measure What Matters

Tips (and Rewards) for Tackling “The Talk”